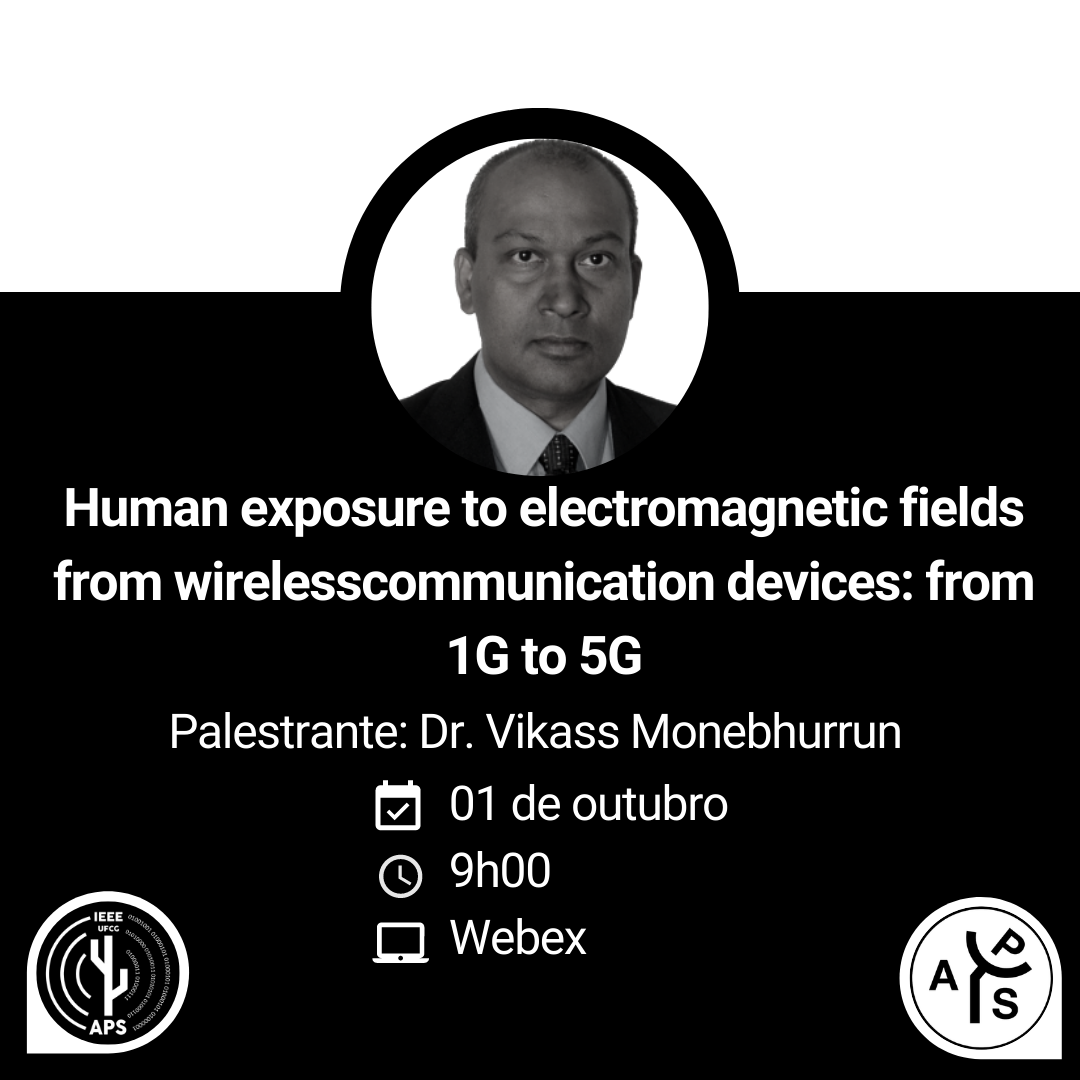 The aim of the talk is to provide a review of the current state of the art on human exposure to electromagnetic fields from wireless communication devices present in our daily environment. The rationale of the guidelines and standard for limiting human exposure to electromagnetic fields, the limits adopted by the different countries around the world as well as the international standardization activities will be discussed.


Dr. Monebhurrun actively participated in French National Research Programs on human exposure to electromagnetic fields since 1998. He is technical contributor to several international standardization committees on numerical and experimental dosimetry, and he provides expertise to national and international regulatory bodies on this topic.

Vikass Monebhurrun received the PhD from Université Pierre & Marie Curie, France, in 1997, and the Habilitation à Diriger des Recherches from Université Paris-Sud, France, in 2010.  He is author/co-author of more than hundred peer-reviewed conference and journal papers and book chapters. He holds three international patents on antennas for mobile communications. He currently serves as Associate-Editor of the IEEE Antennas and Propagation Society Magazine and Transactions, and Editor of the IoP Conference Series: Materials Science and Engineering. He is chairing the IEEE AP-S Antennas and Propagation Standards Committee since 2015 and the IEC/IEEE 62704-3 Standard Committee since 2010. He is the founder of the IEEE RADIO international conference for which he served as General Chair for all the seven editions since 2012. He was recipient of the Union Radio Scientifique Internationale Young Scientist Award in 1996, the International Electrotechnical Commission 1906 Award in 2018, and the IEEE Standards Association International Award in 2019.